As a movement, Sustainability has been primarily focused towards the realm of decision makers in Washington by climate scientists and concerned philanthropists alike. In 2011, the EPA put forth a strategic plan that would have seen sulfur emissions from gasoline cut by almost 70%. This plan was lauded by the informed public and even the oil companies themselves were in favor of the tighter pollutant restrictions. That is until former U.S Representative Newt Gingrich took to the media to drum up opposition to the plan, banking on the increase in gas price rhetoric. The proposal was eventually shelved like so many other environmental protection plans in a room one can only imagine looks something like the last scene in “Raiders of the lost Ark”.

Election season is just heating up, though to most it may seem like we’ve been at this for an excruciating amount of time now. Perhaps that feeling can be attributed to a weariness from the volatile discourse that’s spread to the public sphere over issues many thought the United States as a country would, and should be long past by now. Conflicts over segregation, deportation and separation of church and state are on the rise this campaign season and the usual underlying malaise of the American public’s lack of choice has long since set in. This could be due to the fact that if you didn’t register Republican in the last elections, you were most likely watching idly as blockade after blockade was levied upon any progressive spending bill put forth by the Obama administration.

The house of Representatives currently sits at 118 Democrats to 247 Republicans. Where over in the Senate, the majority party is again Republican with 54 seats to the Democrat’s 44 and with a political climate this closely heated, battle lines have been drawn and bipartisanship is at an all-time low. Prior to the Reagan administration, Republicans and Democrats worked together to fortify and preserve this nation’s national park system and the EPA. For the GOP to endorse a Republican candidate these days, it seems some boxes need to be checked first, if we look at the two leading candidates in Donald Trump and Senator Ted Cruz, they appear to have their permission slips filled out. Let’s see, Free-Market Capitalists? Check! Fundamentalist Christians with a side of anti-LGBQT rights? Absolutely! Climate-Change deniers? Oh, you betcha!…so what ABOUT sustainability? 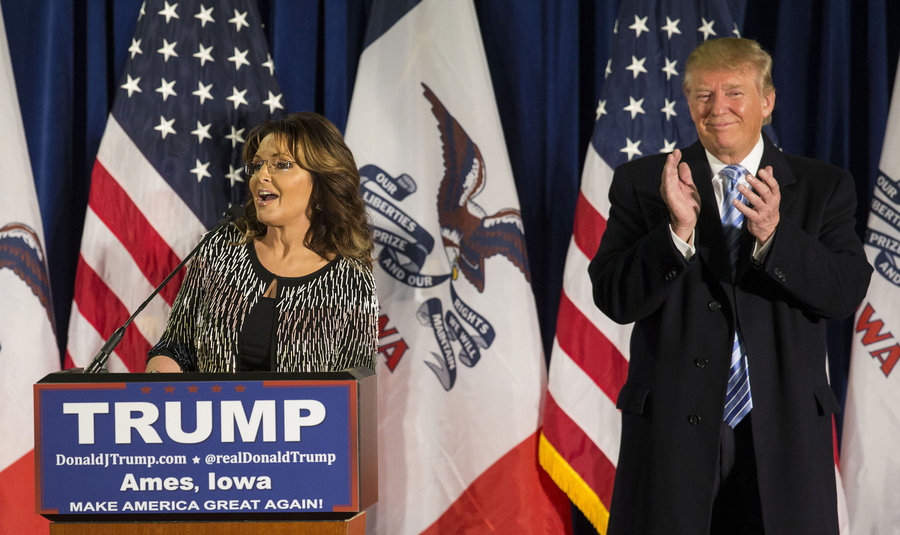 But let’s not place our broken system and the whirlpool of environmental rhetoric solely on the GOP, the Democratic party has to take their bite of the toxic soup as well. Al Gore became the face of climate change awareness early in the new century after he lost the electoral vote to George W. Bush with his efforts to raise support for the truth of environmental issues. While Gore has seemingly devoted his entire life now to strategies, media education and corporations in the name of sustainability, many of his Democratic counterparts have fallen off the proverbial wagon. Speeches and proposals about sustainability are at an all-time low right now on the House and Senate floors. Democrats such as West Virginia’s Joe Manchin, are perhaps too caught up slamming President Obama’s “war on coal” to work with fellow Dems to create doors through which bipartisanship can occur for accountable sustainability practices that could have perhaps avoided a catastrophe like the one we’re all witnessing in Flint, Michigan.

Our elected officials seem too busy this election season to serve their constituents, Government out to lunch?…oh, we’ll come back later.

In-fighting and rhetorical dodgeball matches meant to distract the public are nothing new, and it extends to both parties. So what area should the average climate theorist and beleaguered activist aim their factoids and concern? Elementary my dear Watson! Elementary school that is. The things we learn in elementary school become our common knowledge, we know if we have one red pen, and one blue pen, we have two pens. We know that our ears help us to hear and Van Gogh cut his off for art, love and craziness. Education is the answer for the future of sustainability, like it was in the time of Galileo when children were taught the earth was flat, or in the era of slavery in America when children were taught that black slaves were property, cursed by god. while Washington twiddles it’s thumbs and tells everyone to “look over there” while they grab all the cash off the table from big oil and coal lobbyists, those with concern can work to educate and get more and better programs in schools. The time has come to change the narrative of the “imminent-death-Earth-crisis” to sharing information, what we know with others and getting people involved. The change starts with us, people affect change, not bills, motions and proposals that get caught in the vacuum of an equity-biased House and Senate. We need the laws in place to turn away the tide of capitalist interests but the real power lies within people being human. I knew next to nothing before I started taking electives in school dealing with Environmental concern, I grew to adapt my lifestyle, my mind, and my actions because of what I learned, not because the government told me to. I change because a teacher counted on their students. Because I have it within me to care about the world around me, the environment I want my children to grow up in, it might need unpacking but it’s there, because I’m human.